Congratulations to the Fan of the Month for February – Tobey. Learn more about Tobey below. 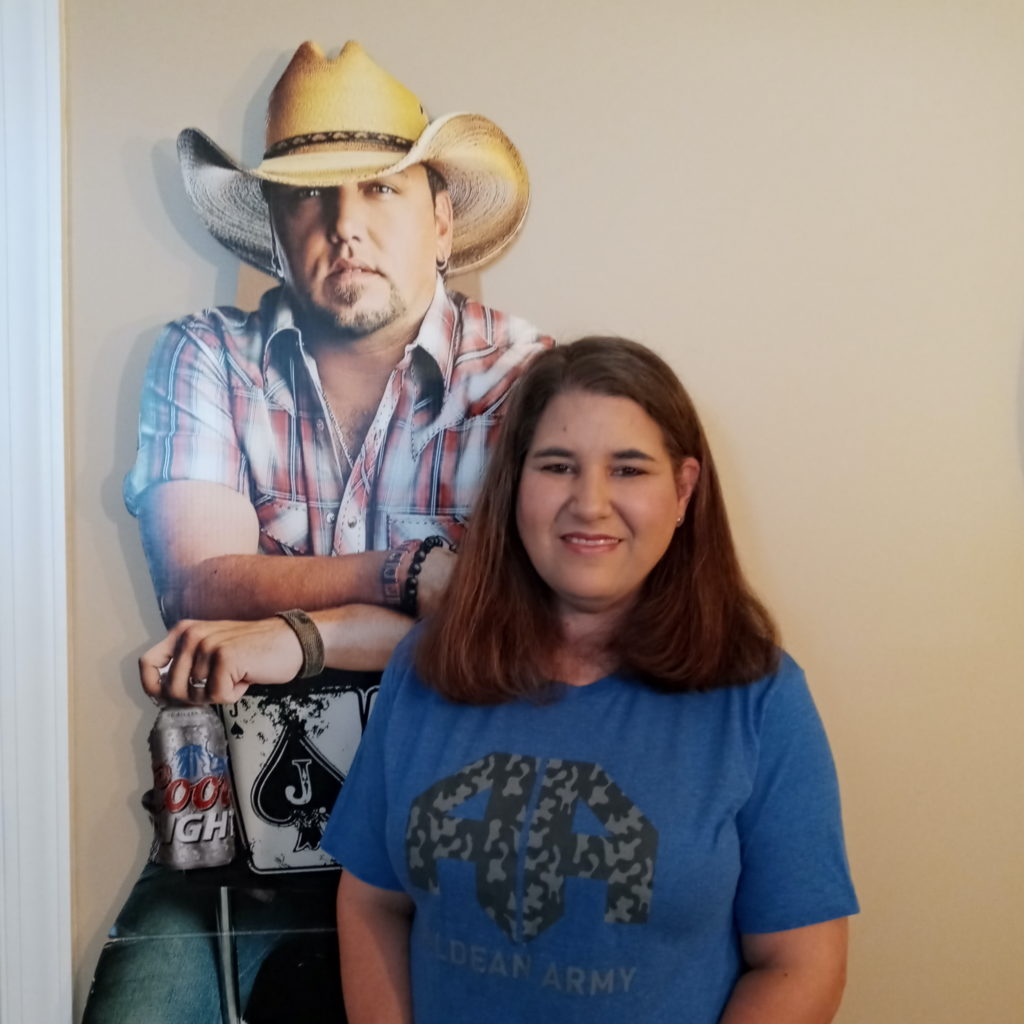 Where are you from? Ohatchee, AL

What was the first Jason Aldean song you heard? “Don’t You Wanna Stay”

How many years have you been a Jason Aldean fan? 9

How many Jason Aldean shows have you been to? 3

What is the farthest you have travelled for a Jason Aldean concert? I drove from Alabama to Nashville back in 2018.

What’s one thing that sets you apart from other Jason Aldean fans? I truly love his music. I wasn’t always listening to country and l saw him performing on one of those music awards show and heard “Don’t You Wanna Stay” with Kelly Clarkson and l was like “Who is that guy?!” I bought the “My Kinda Party” CD and was hooked! Then I went back and started listening to his older stuff. He’s amazing in concert and I hope to see him again in concert real soon!

Tell us your favorite Jason Aldean related story. My favorite moment was going to see Jason Aldean in concert at the Tuscaloosa Amphitheater. He sang “Just Gettin’ Started” and footage from that show was featured before the college football games kicked off!

Congratulations go out to Tobey, she will be receiving a Jason Aldean prize pack! 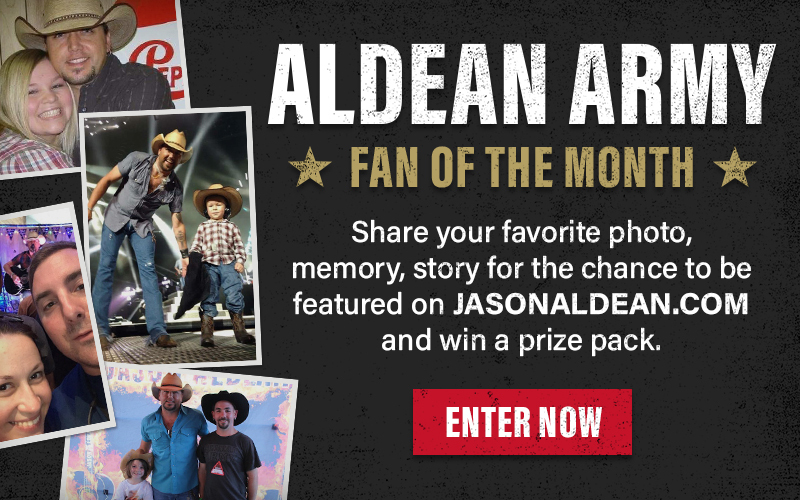 CONGRATULATIONS TO THE ALDEAN ARMY FEBRUARY FAN OF THE MONTH

Congrats to the February Aldean Army featured fan contest winner – Tobey from Ohatchee, AL! Read Tobey’s fan story and share yours for a chance to win a prize pack and be featured next month.

Jason Aldean will debut the new music video for “Blame It On You,” during tomorrow’s interactive live stream, “Wolf Moon Bourbon on the Rocks with Jason Aldean.”

Wolf Moon Bourbon is celebrating the first full moon of the year with “Wolf Moon Bourbon on the Rocks with Jason Aldean,” an interactive livestream experience hosted on VYE. The free, virtual event will feature a 30-minute set by Jason Aldean, and all ticket holders will have the chance to be randomly selected for an upgraded […]

CONGRATULATIONS TO THE ALDEAN ARMY JANUARY FAN OF THE MONTH

Congrats to the January Aldean Army featured fan contest winner – Jean from W. Coxsackie, NY! Read Jean’s fan story and share yours for a chance to win a prize pack and be featured next month.