Jason Aldean closed out his 2019 RIDE ALL NIGHT TOUR Friday, October 11th in Arlington, TX, with a monumental night at Texas Rangers’ Globe Life Park stadium. Aldean was the last Country music act to perform at the venue and delivered new music from his forthcoming studio album ‘9,’ out November 22nd. 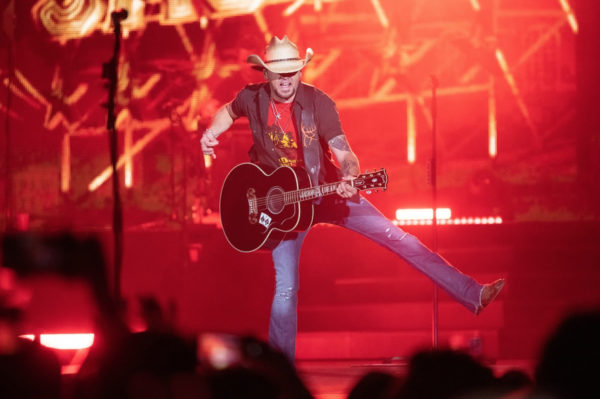 “The setlist was a veritable hit parade, a carefully curated collection of 23 songs that touched on every album in his catalog.” – Charlotte Observer

“His sets are always strong, energetic, filled with all of his radio hits and he’s nothing if not consistent. He’s a solid and reliable performer.” – OC Register

“Warm, energetic and animated as he bounced between three microphone stands in his low-slung cowboy hat and called to the revelers in the back of the venue.” – Milwaukee Journal Sentinel

“He could, literally, play nothing but No. 1 songs for his entire set and fans would leave happy after almost two hours of music.” – Gaston Gazette

Jason will return to Las Vegas December 6-8 for JASON ALDEAN: RIDE ALL NIGHT VEGAS at Park Theater at Park MGM. In January, he will launch the 2020 WE BACK TOUR with special guests Morgan Wallen, Riley Green and Dee Jay Silver. 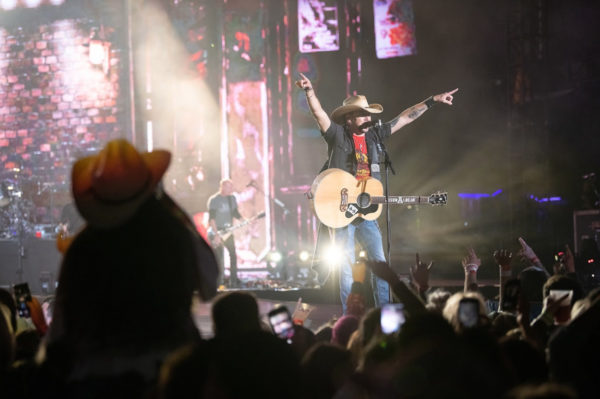 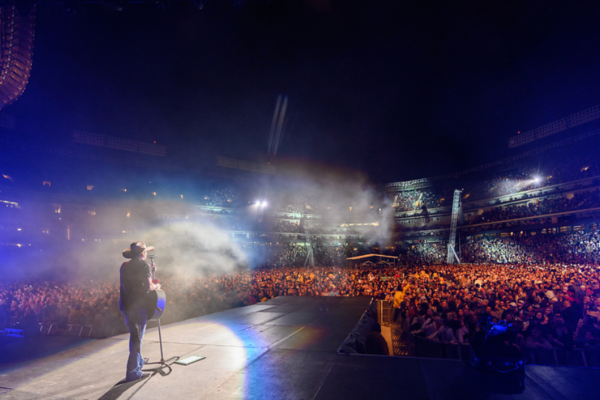 2020 WE BACK TOUR EXTENDS THROUGH THE SUMMER

Jason’s 2020 WE BACK TOUR will extend through the summer with an additional 22 dates throughout the US and Canada.

CONGRATULATIONS TO THE ALDEAN ARMY JANUARY FAN OF THE MONTH

Congrats to the January Aldean Army featured fan contest winner – Amanda from Fresno, CA! Read Amanda’s fan story and share yours for a chance to win a prize pack and be featured next month.

TUNE IN TO SEE JASON’S GUEST APPEARANCES THIS WEEK

Jason will be making television appearances this week to continue to support his recently released album, ‘9.’ Tune in to see him on – Strahan, Sara and Keke on Tuesday, 12/10 at 12:00pm CT on ABC The Kelly Clarkson Show on Thursday 12/12 at 1:00pm CT on NBC

Jason’s album, ‘9,’ reached No. One on Billboard’s Top Country Albums chart this week, earning him his sixth consecutive No. One debut.