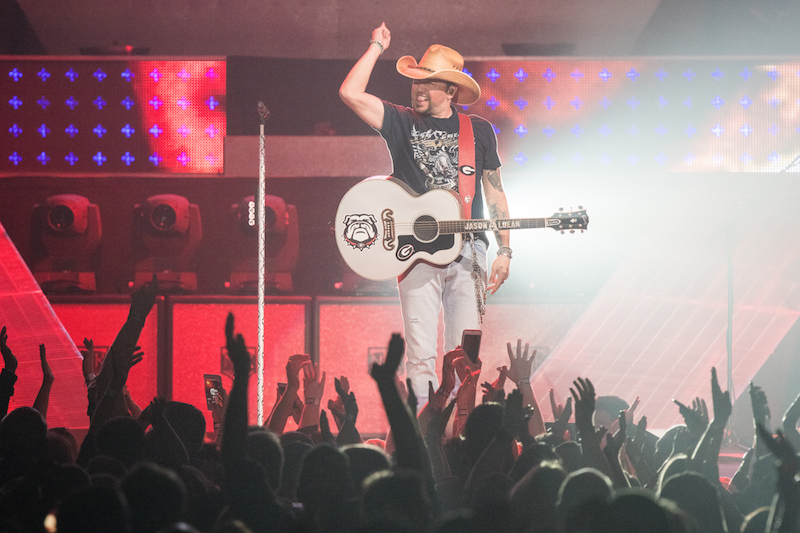 Jason Aldean announced that he will switch on his headlining HIGH NOON NEON TOUR this summer, kicking off in Kansas City, MO on 5/10. Aldean, along with special guests Luke Combs and Lauren Alaina, will take the energy-charged tour to 34 cities across the country. Praised by Rolling Stone as he “remains one of the genre’s most consistent live draws,” fans can purchase tickets beginning Jan. 26 for select cities as part of Live Nation’s Country Megaticket at www.Megaticket.com. Additional on-sales will continue to rollout over the coming weeks.

“We named this tour after a song that’ll be on my next record,” said Aldean. “It reminds me of the bars I grew up playing in Georgia when I was getting started. We’re going to bring some of that raw energy out this summer with Luke and Lauren – I know we’re all ready.”

TUNE IN TONIGHT TO SEE JASON ON THE VOICE

Jason will be joining Kelly Clarkson on The Voice as the battle adviser for Team Kelly.

CONGRATULATIONS TO THE ALDEAN ARMY OCTOBER FAN OF THE MONTH

Congrats to the October Aldean Army featured fan contest winner – Jessica from Madison, VA! Read Jessica’s fan story and share yours for a chance to win a prize pack and be featured next month.